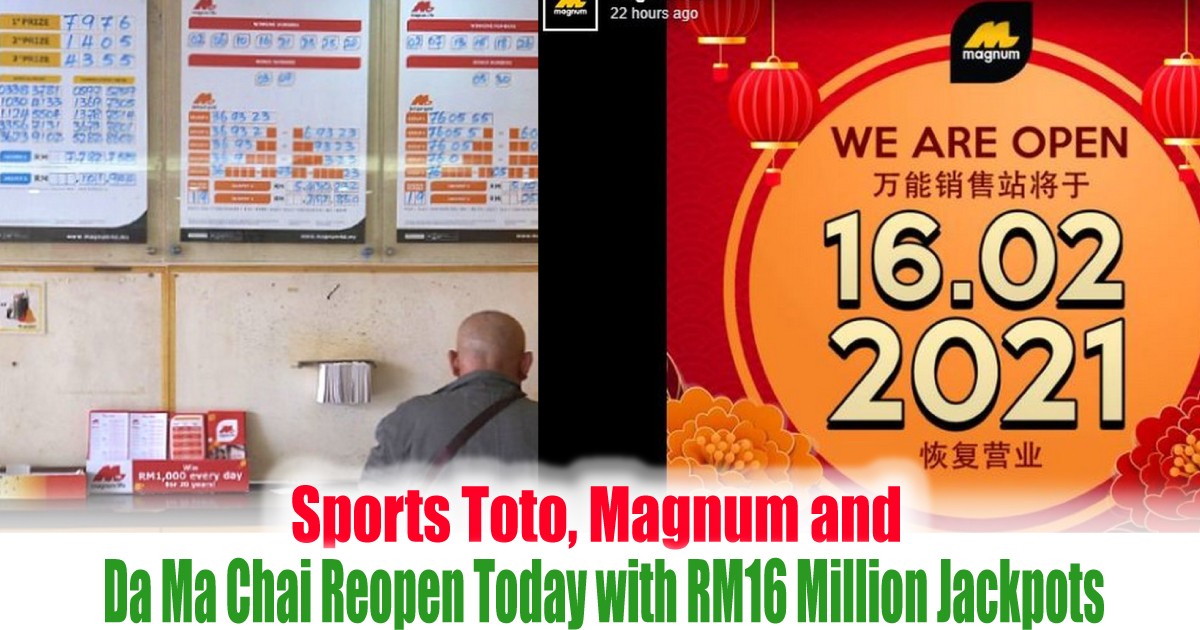 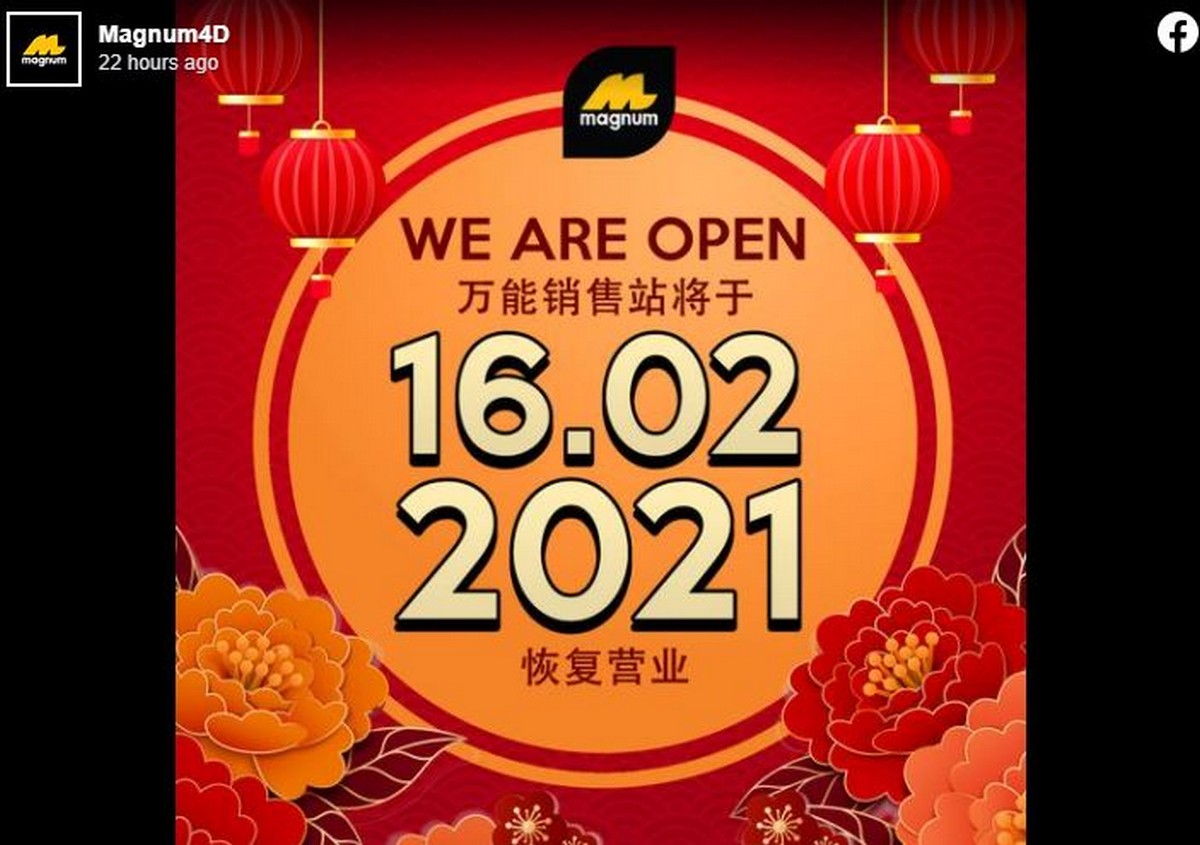 The 3 nation’s biggest 4D jackpot operators Sports Toto, Magnum Bhd and Pan Malaysian Pools Sdn Bhd (Da Ma Chai) has announced the reopening of their outlets today on 16 February. The outlet has been closed for a month following the movement control order (MCO) implemented on 13 January. 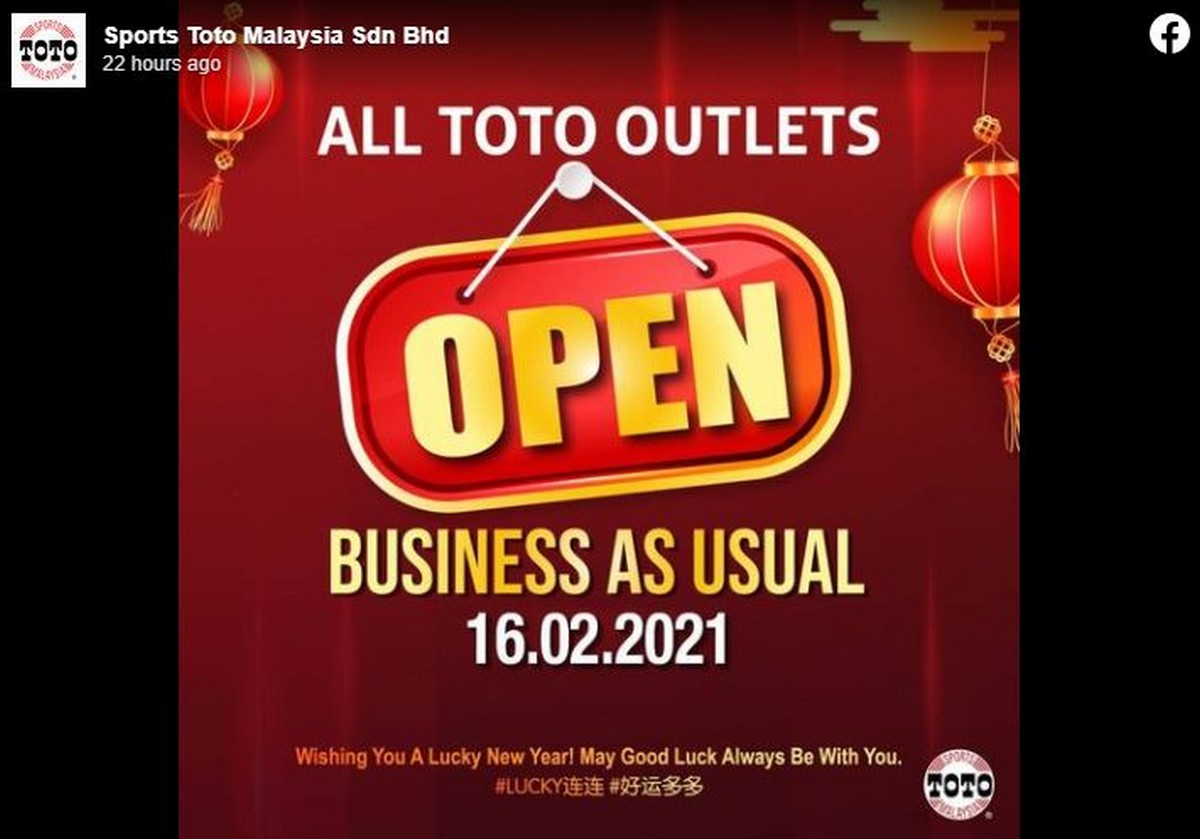 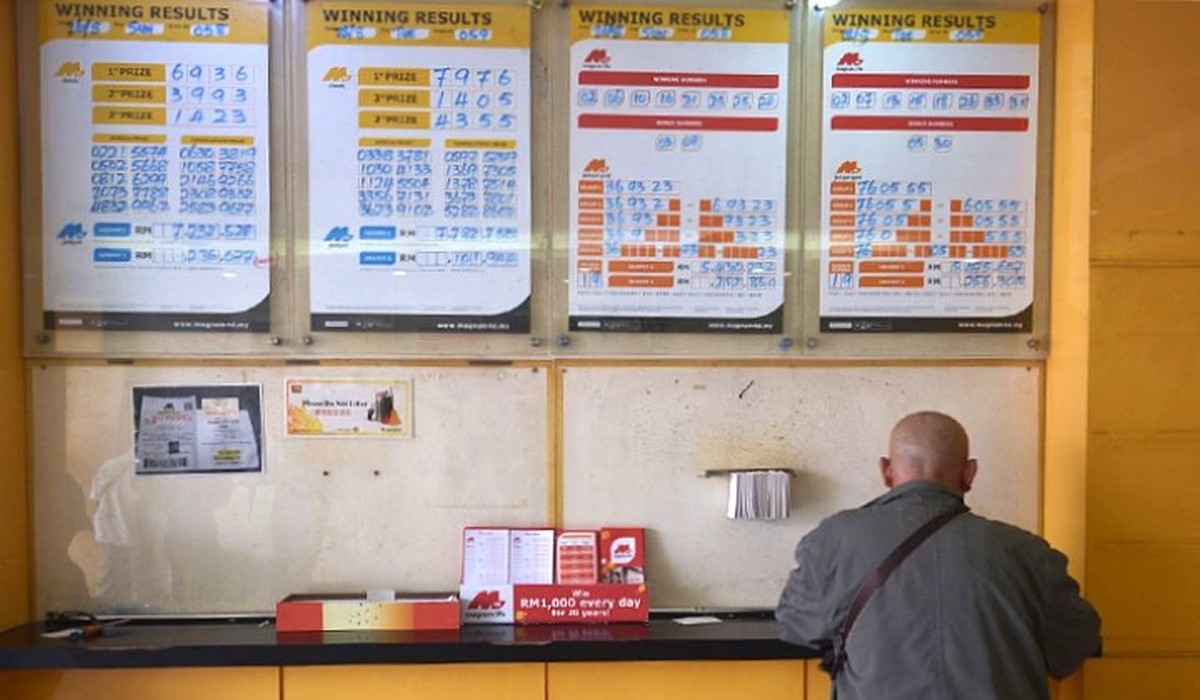 MCO Extended to 4 March For Selangor, KL, Penang and Johor