Easier Way To Send Your Duit Raya To Your Love One! 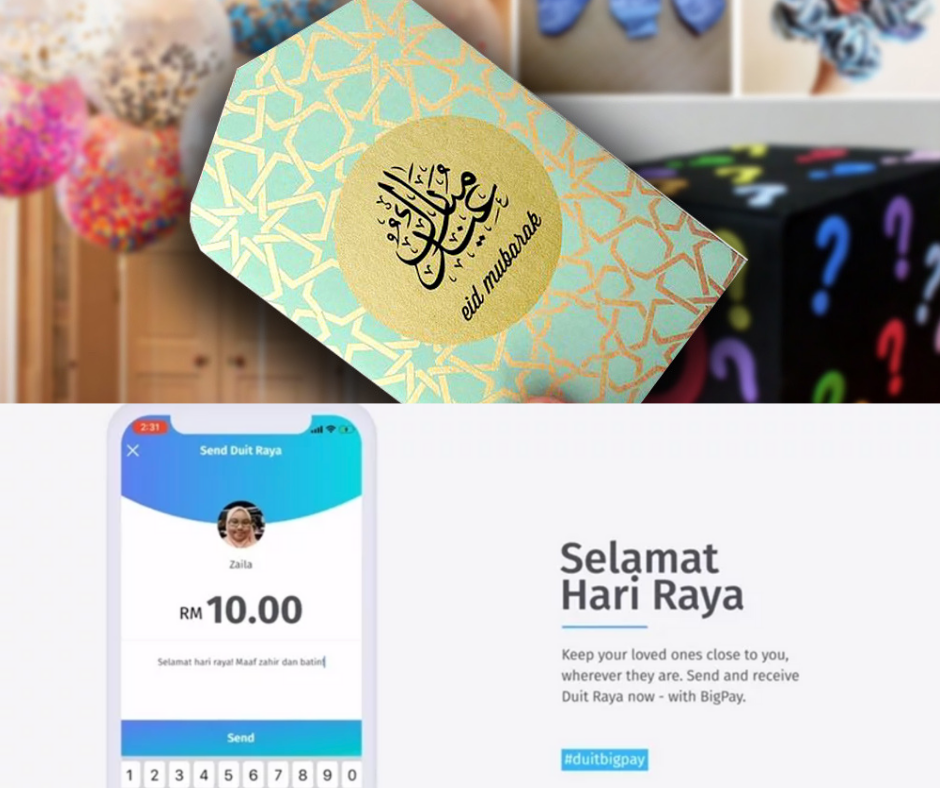 We know that many of you guys have been really suffering going to the bank to change to smaller change for giving duit raya this festive season. What if we told you that there are easier way for you to send you duit raya for your love one.

What sorcery and how is this possible? Simple, it’s by using BigPay. Now, BigPay allows you to send Duit Raya the digital way, as the latest e-wallet to offer quick and seamless transfer of funds this Hari Raya.

This is a new feature from BigPay where it has released a new feature on its app to allow their users to send and receive electronic duit raya to other users, as part of the Hari Raya celebrations.

In case you didn’t know, BigPay is an e-wallet with accompanying prepaid card that’s developed by AirAsia, offering the flexibility of an e-wallet combined with a physical card to give the best of both worlds. Best of all is that all purchases made with the BigPay card earns AirAsia BIG points (AirAsia’s rewards points program), and there is also a credit card surcharge waiver for AirAsia flight tickets purchased with the BigPay card.

Just follow the below simple steps and you’re ready to send/receive your duit raya:

Send #DuitRaya + personalised messages to those in your 💖 with BigPay. Here’s how:

So you can save your rushing to the bank to change for small note and start using the BigPay app. The app is available on both the Apple App Store or Google Play. Be sure to update the app to unlock the Duit Raya feature.

Need a Place To Buka Puasa? Here is the Top 5 Buka Puasa Deals That You Cannot Miss (Up to 50% off)

Activity For MCO: Sony Is Giving All PlayStation...