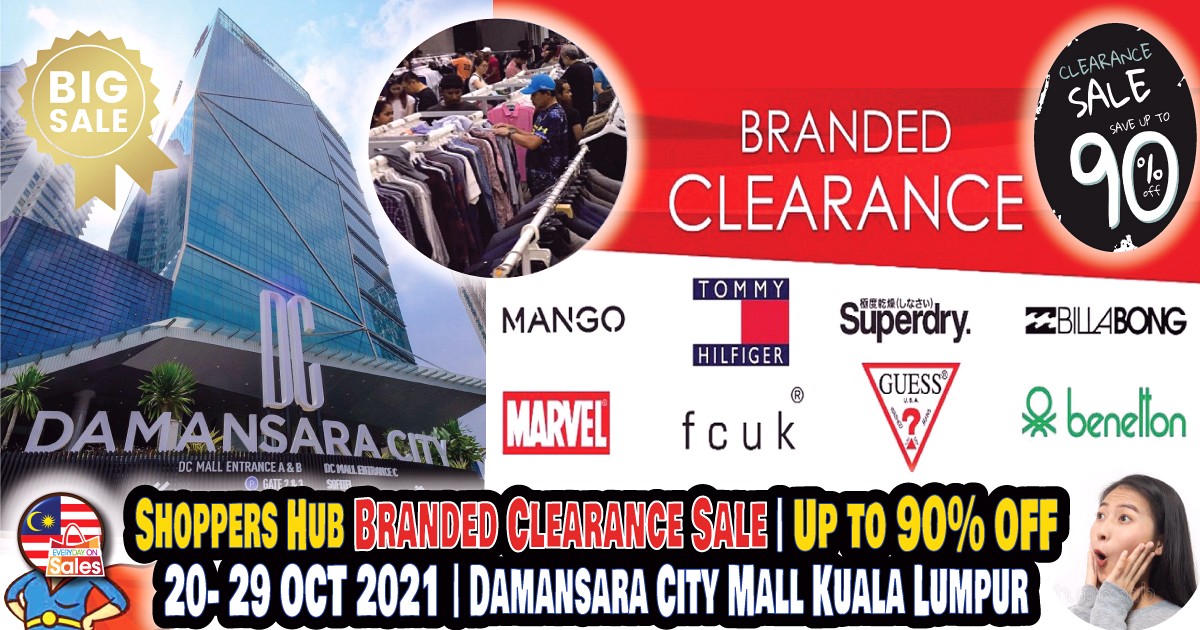 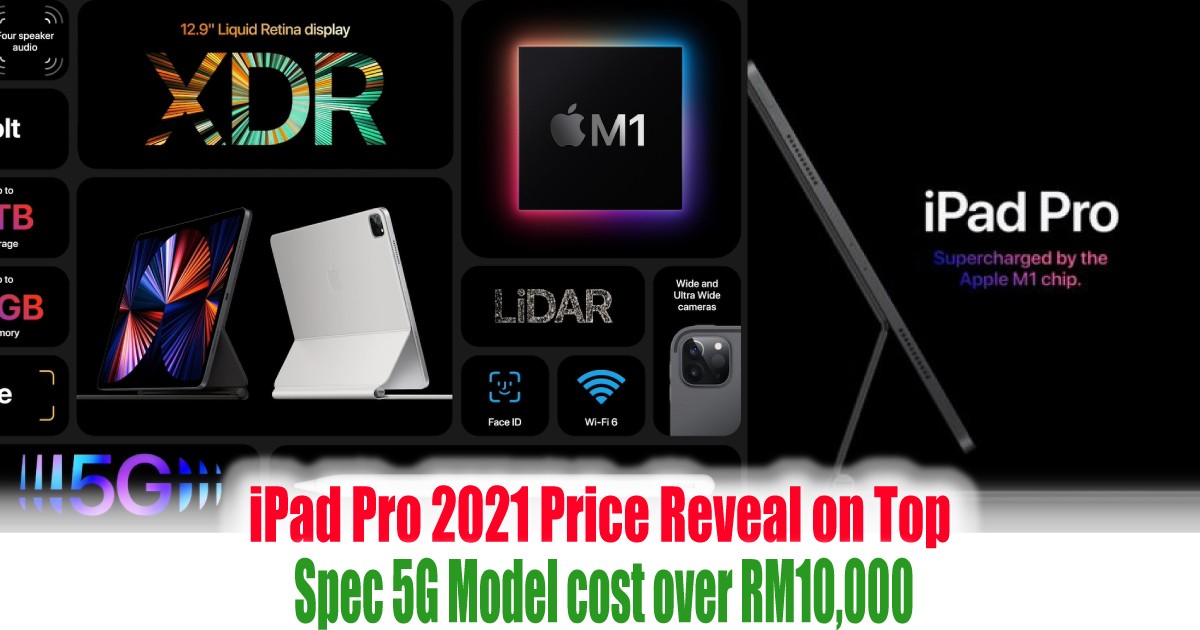 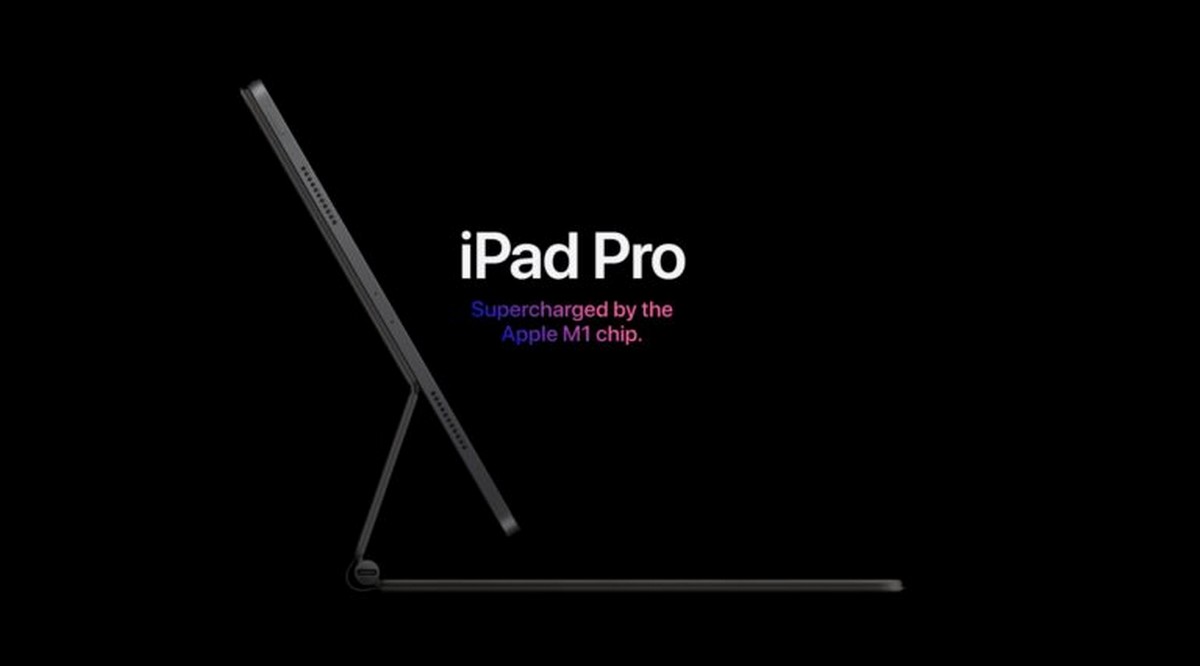 Apple has announced their latest iPad Pro for the 2021 series where the incredible mini-LED display for the 12.9″ version and also it runs on the latest Apple M1 chip which is the same processor which you will find on the latest MacBook and iMac. Here is some of the official iPad Pro 2021 pricing for the Malaysia Market:

The iPad Pro pre-orders will begin in countries such as Singapore and the US from 30th April and it will be available in both Grey and silver, the 128GB, 256GB, and 512GB models come with 8GB of RAM while the larger 1TB and 2TB version come with a massive 16GB of RAM. For the first time ever, Apple is offering the iPad with 5G connectivity for the WiFi + Cellular models. 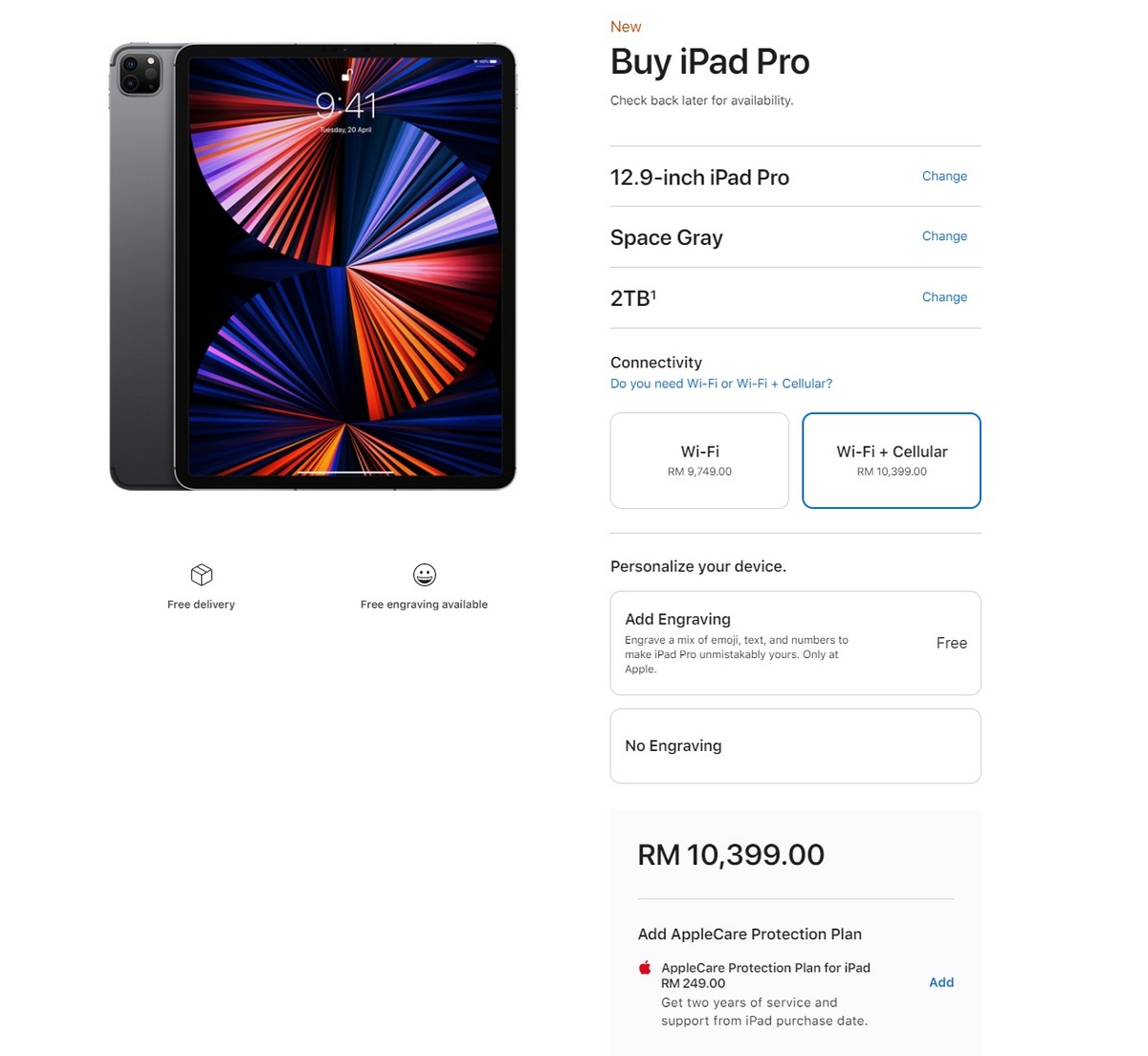