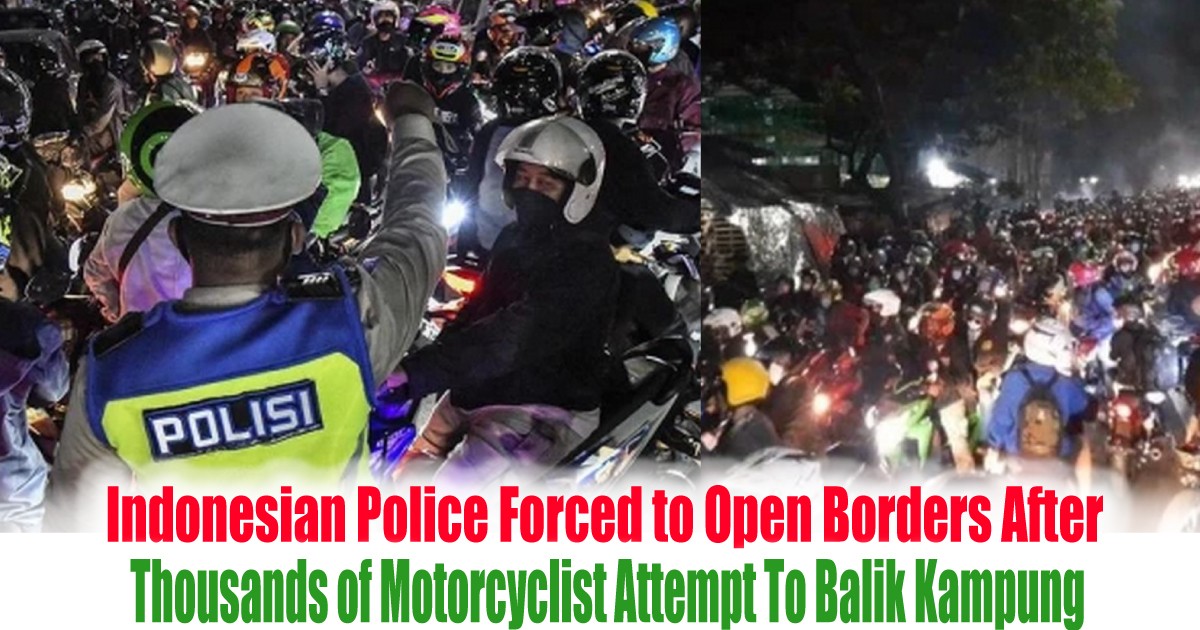 As the world enters another critical wave of Covid-19 pandemic, most countries were forced to lockdown or having restricted movement control orders (MCO). However, in Jakarta, shocking news appears as thousands of motorcyclists in Jakarta gathered at the Bekasi-Kerawang border so that they could return to their hometown for the Raya festivities. The incident which took place on Sunday, 9 May around 10.40 pm where thousands of motorcyclists at the location causing a massive traffic jam that stretched up to 5 km in lenght.

According to tribunnews, the authorities were trying to stop the motorcyclist from crossing the border but the motorcyclist ignored the order, and eventually, the border was forced to temporarily open up as the authorities worry that some unwanted accidents would happen. As reported by JawaPos, Bekasi metro police chief Hendra Gunawan said that his team tried their best to stop the public from crossing the border.

The health ministry has said that as many as 10 people in Jakarta, Central Kalimantan, and South Sumatra had been infected by the B1617 variant, while 14 cases of the other two other variants had been detected in some provinces. Officials fear mudik could trigger an explosion in Covid-19 cases after the Hari Raya holidays, particularly with the detection of a more transmissible B1617 coronavirus variant first discovered in India, as well as the B1351 variant in South Africa and B1117 in Britain.

All States In Malaysia To Enforce MCO 3.0 Nationwide Starting Wednesday, 12th May To 7th June 2021